The conveyor belt of talent from Vipers Sports Club to Europe continues to run steadily with fullback Aziz Kayondo becoming the latest player to earn a lucrative deal oversees.

The Uganda Cranes international has signed for Czech Republic club MFK Vyskov in a four-year contract. His transfer fee was not disclosed.

But Vyskov have opted to loan the player to Major League Soccer side Real Salt Lake in the US, where the Czech Republic side hope he will grow in stature and maturity ahead of next season.

Kayondo has grown to become the first choice left fullback for Uganda Cranes under coach Micho Sredojevic. He is a former student of St Mary’s Kitende, where he honed his talent before being promoted to Vipers.

He has since won the Uganda Premier League and Uganda Cup with Vipers as well as the Fufa Super 8 trophy. His last game for the Venoms was the 1-1 draw against BUL at St Mary’s Stadium Kitende in the first round.

Vipers President Dr Lawrence Mulindwa thanked Kayondo for his contribution to the club and wished him the best in professional football.

Copyright 2022 Vipers Sports Club plc. Permission to use quotations from this article is granted subject to appropriate credit being given to www.viperssc.co.ug as the source.

VIPERS vs Police FC (On time) 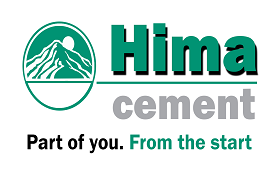